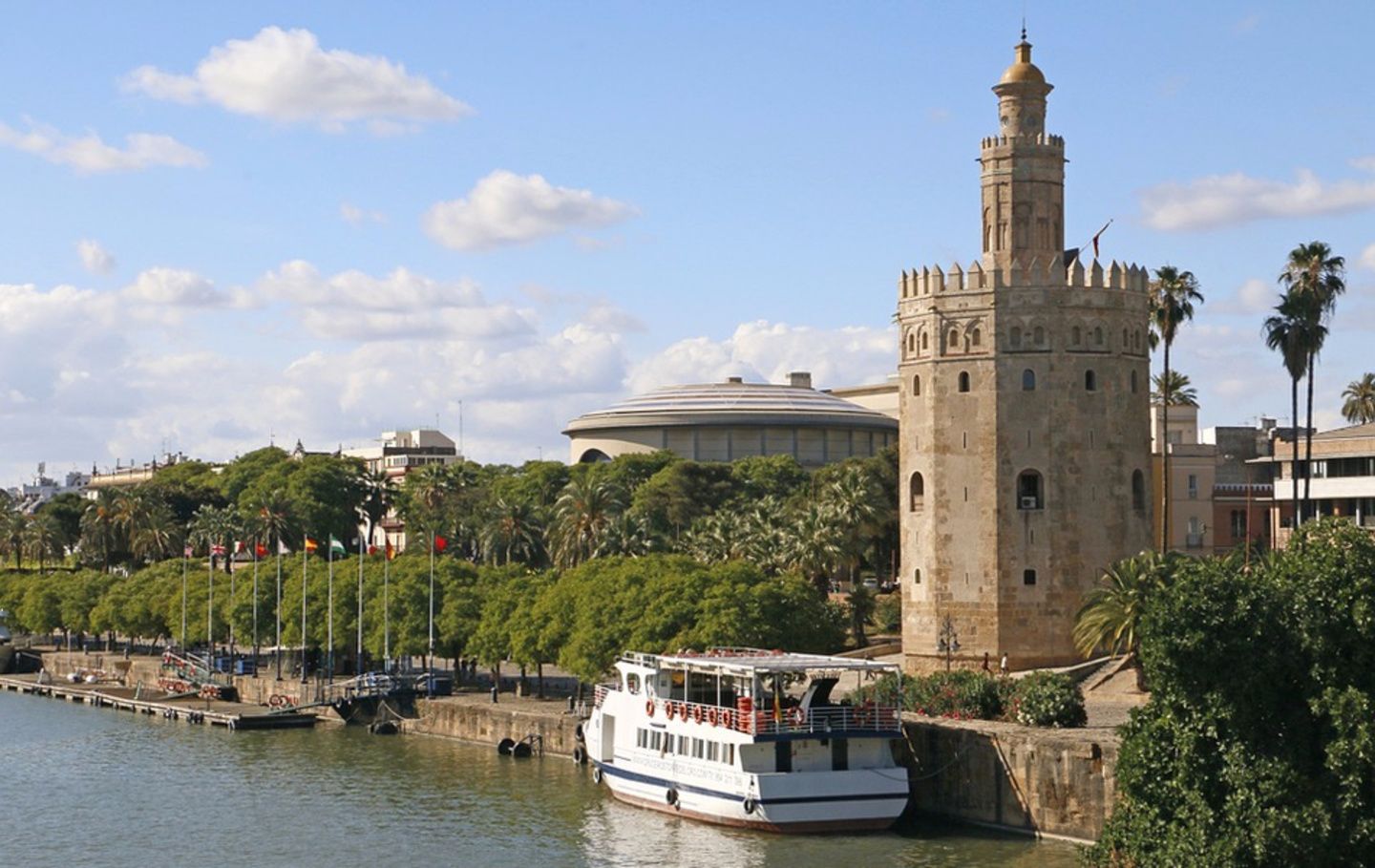 Our 7 wonders of Seville

We introduce you Seville: Our 7 recommendations to enjoy the city’s charms.

Staying in one of the Mercer Sevilla 12 exclusive rooms, our luxury hotel located in a bourgeois palace from the 19th century, being wrapped in its neo-classical architecture and its delicate interior design, or enjoying its outstanding service and innovative gastronomy are good reasons enough to visit Seville. Besides all this, the city offers a wonderful historical and cultural setting that will remain in the visitor's memory. So, there is no excuse for planning a city escape to the Andalusian capital. We introduce you Seville: Our 7 recommendations to enjoy the city’s charms.

Its construction begins in the 15th century, on the ancient Mosque where the minaret (the famous Giralda, one of the symbols of the city) and the Orange trees courtyard (cloister) are still preserved. This spectacular Gothic construction -declared World Heritage Site- stuns by its size. Among others, its interior holds pieces of art by historical Spanish painters and Columbus mortal remains.

Did you know? Sevilla’s Cathedral is considered one of the largest Christian temples in the world, after San Pedro (Rome) and Saint Paul’s (London).
Our recommendation: Visit the Cathedral’s rooftop and enjoy the panoramic view of the city.

Located a few meters from the hotel, Torre del Oro (Golden Tower) has an exceptional location on Guadalquivir left riverbank, in front of Calle Betis and next to Real Maestranza. It was built in the 13th century to close the entrance to the Arenal (old river entrance of Seville) through a section of wall that connects this Golden Tower and Silver Tower, as part of the city defensive system. This is considered another of its emblems and protagonist of Seville’s history and legends.

Did you know? Today is the Naval Museum of Seville.
Our recommendation: Looking at the Torre del Oro from Triana or San Telmo Bridges at sunset, or sailing on the Guadalquivir.

Located next to the Cathedral, it’s the Europe's oldest Royal Palace in use. Declared World Heritage Site, this spectacular architectural complex is a reference of cultures and artistic styles integration from the 11th century. Patio of the Dolls, Patio del Yeso, Royal Hall or Hall of Ambassadors, among others, are pieces of our history that must be seen.

Did you know? Royal Alcázar gardens were chosen as stage at ‘Game of Thrones’.
Our recommendation: It can’t be understood without visiting the singular beauty of its gardens and its fountains.

4. General Archive of the Indies

After America’s discovery, Sevilla was chosen as an exclusive commercial port with this continent, which meant a trade and wealth increase. The General Archive of the Indies was created in 1785 to centralize all documentation related to the administration of the Spanish colonies. Registered as a World Heritage Site, it’s an exceptional testimony of the Spanish Empire from the Golden Age.

Did you know? It preserves pieces of enormous historical value, such as texts by Colón, Magallanes or Pizarro.
Our recommendation: General Archive is a must for those who love history.

Triana, one of Seville's most popular neighborhoods, is located on the left Guadalquivir riverbank. In the past, it was the district located outside the city walls. Crossing Triana’s Bridge, which is 10 minutes walking from the hotel, the visitor arrives to this quarter famous for its atmosphere and for its maritime, artisan and artistic tradition. Don’t miss the liveliness of its streets, Carmen Chapel, Triana Market, the remains of Saint George’s Castle, Plaza del Altozano, Paseo de la O, Santa Ana Church, Sailors Chapel, or Calle de la Inquisición.

Did you know? Triana Ceramics Museum exposes the history of the district's pottery tradition.
Our recommendation: Strolling along Calle Betis, one of the most famous city streets, to contemplate Guadalquivir river and the views over the Arenal Quarter.

Santa Cruz, the old Jewish Quarter of Seville, is a maze of narrow streets, alleys and squares, a legacy of ancient Jewry to prevent the sun from rising and creating fresh air currents. Both day and night, it’s one of the most magical districts in Seville. Get lost in the Patio de Banderas, Callejón de Agua, or Triunfo, Santa Cruz or Los Venerables Squares, and take time to enjoy its bars, terraces, white houses and flowers.

Did you know? From Calle Mateos Gago, you will enjoy one of the best views of La Giralda.
Our recommendation: Relaxing under orange trees, sitting in one of the banks located in beautiful Doña Elvira Square…

This spectacular architectural set with 50,000sqm is nestled in María Luisa’s Park. It was designed in 1929 for the Ibero-American Exhibition by the Sevillian architect Aníbal González. ‘Plaza España’ has many historical references: For example, its semi-elliptical form symbolizes the embrace between the old city and its colonies; Its orientation towards Guadalquivir river indicates the way to America; And its 4 bridges represent the ancient kingdoms of Spain.

Did you know? ‘Plaza España’ has been the scene of well-known films like 'Laurence de Arabia' (1962) or 'Star Wars Episode II: Attack of the Clones' (2002).
Our recommendation: Taking a boat trip through ‘Plaza España’ canals...

These are just some of our brief recommendations to enjoy in Seville. But, in fact, there are 'a huge number of Sevilles'. The city offers to visitors its heritage, its tradition and its art. Contemplating the views from the Metropol Parasol, taking a route through its multiple churches and palaces, taking a carriage ride through María Luisa’s Park or relaxing on the Guadalquivir riverbank, are other reasons to fall in love with the magic of Seville.