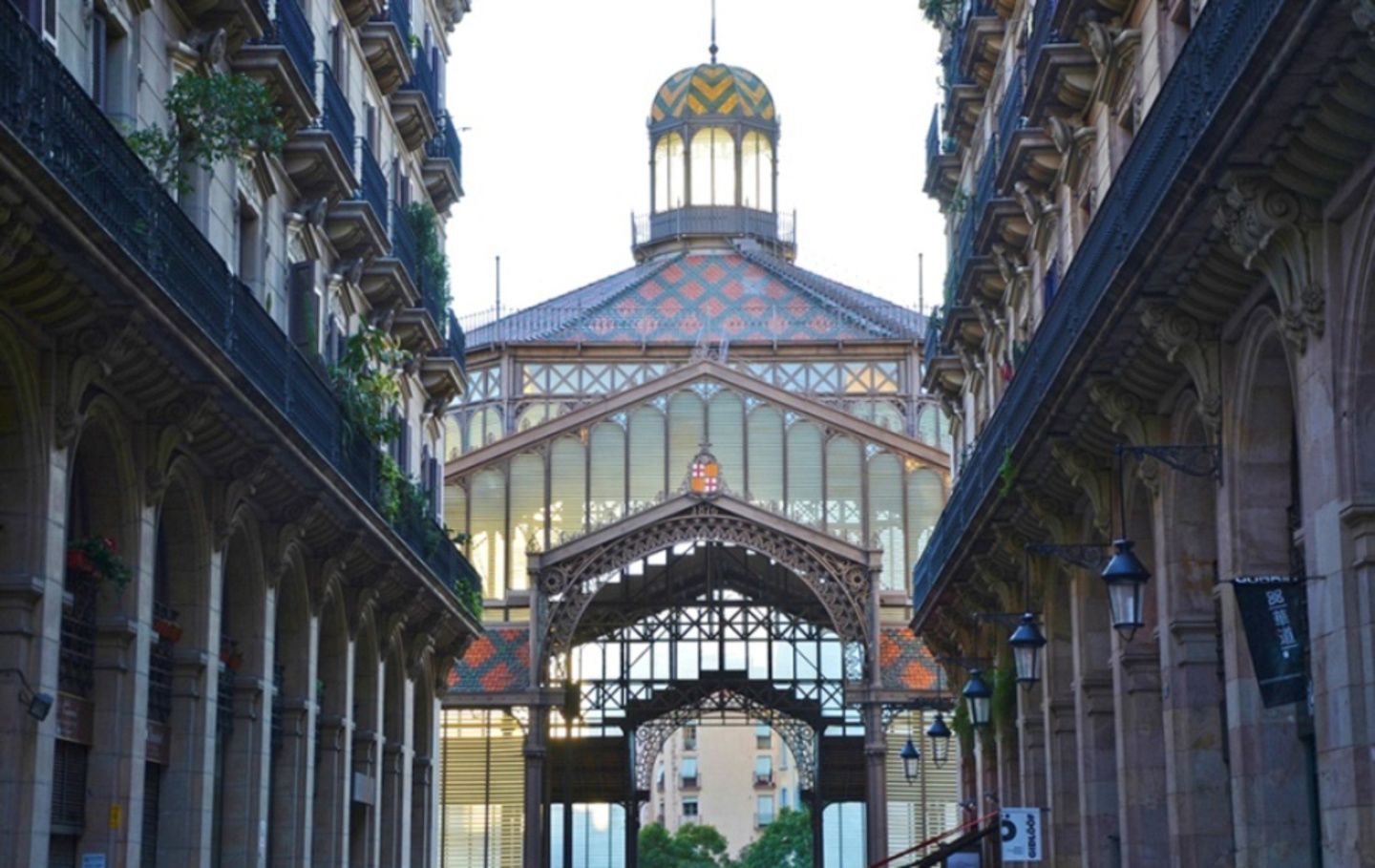 El Born district -one of the Barcelona’s most cosmopolitan areas- is less than 5 minutes walking distance from the Mercer Barcelona. Monuments, palaces, museums, galleries, restaurants, terraces, shops, fashion and design: We find out some of its secrets.

Originally, this was a sailor and craftsman neighborhood of humble families settled outside the Barcelona’s wall. From the 13th century, aristocrats and merchants -enriched by maritime trade- settled their residences in beautiful palaces. The neighborhood became the city economic center until the 15th century. The 'Santa María del Mar' basilica construction (14th century) consolidates the Born identity.

THE 10 SECRETS OF THE BORN DISTRICT

Built for the 'Catalan choral group' by the architect Domènech i Montaner (1905) and defrayed by popular subscription, the 'Palau' became part of Barcelona's symbolic heritage and the city’s cultural and social life setting. Declared World Heritage (UNESCO), this impressive modernist building and its excellent acoustics are a reference in the international artistic scene.

More than 4,200 works form the most complete collection in the world of Picasso's youth works. Inaugurated in 1963, the museum reveals the artist's link with Barcelona. Works are shown in chronological order, along 5 palaces of Catalan civil gothic style (13th and 14th centuries): Exceptional content and continent for one of the most important museums in the city.

Built in only 55 years (14th century), it’s the only church in pure Catalan Gothic style. Known as the 'Cathedral of the people', the history of this Basilica is linked to the Born neighbors, who contributed to the construction of their basilica, with their own money and mostly with their work. For example, in their free time, dock unloaders ('bastaixos') used to load stones destined to the church from the 'Montjuïc' quarry, one by one. In fact, a tribute to this 'bastaixos' can be observed in the church main door.

Curiosity: The story of this wonderful basilica and the neighborhood was immortalized in the novel 'The Cathedral of the Sea' written by Ildefonso Falcones, whose book we recommend you to read.

Delimited by the old Born market (now the Born Cultural Center) and 'Santa Maria del Mar' Basilica, the promenade has 14th-century buildings, trendy terraces and bars, designer shops and a lively atmosphere. In medieval times it was tournaments and jousting of knights (which give the neighborhood its name), celebrations and fairs.

This cultural space is integrated into the Born old market building (1876). Its exterior structure is an example of the iron architecture. Its interior houses an imposing archaeological site excellently preserved: A testimony of neighborhood life and city history, from Roman times to the early 18th century. Exhibitions and cultural activities take part in the offer of this singular center.

Inaugurated by King Alfonso XIII on the occasion of the International Exhibition (1929), this modern station needed to live up to the expectations of the first line that would connect Barcelona with France. The elegant lobby and the metallic structure of the routes (one of the main exponents of the modernist iron architecture in Barcelona) stand out.

Curiosity: This station has often been compared with the Parisian 'Gare d'Orsay'.

At the end of the 19th century, due to the industrial development, the city demanded a large green space for public use. Built on the Citadel old fortress terrain, the park was inaugurated a few years before hosting the Universal Exposition (1888). Currently, in addition to its biodiversity, the Park stands out for its sculptures, waterfall, band-stand and buildings such as the old Citadel Arsenal (nowadays the Catalan Parliament headquarters), the Geology and Zoology museums, the Greenhouse and the Barcelona zoo.

Built at the main entrance of the Universal Exhibition of 1888 (Citadel Park), this monument of 30 meters high and classical proportions symbolizes the respect of the city towards the nations participating in the Exhibition. The Triumphal Arch represents the gateway to Barcelona’s progress in the late 19th century.

Built on the grounds of 'Santa Caterina' old convent, it was the first covered market in Barcelona (1848). In 2004 the market is refurbished by Miralles and Tagliablue architects. The current market stands out for its undulating roof and its mosaic inspired by Gaudí.

Curiosity: During the works, old convent archaeological remains appeared in the market subsoil.

10. And our Concierges advices!

Joan Manel Salamanca and Xavier Sanchís, Concierges of Mercer Barcelona and 'Les Clefs d'Or' members, are a city great connoisseurs. They reveal some of their favorite places in the Born distric:

“If you travel with children, we recommend you to visit the Chocolate Museum (Calle Comerç 36). If you want to relax, we suggest you to book a water circuit and a massage at 'Aire Barcelona' (Paseo Picasso 22). And if you fancy a real Barcelona aperitif, you should go to 'El Xampanyet' (Calle Montcada 22). But in any case, this historic district can be enjoyed simply by walking and discovering the medieval guilds of the street names. We especially like the 'Plaza de las Ollas' [Pots Square] where ancient kitchen utensils artisans were settled.”