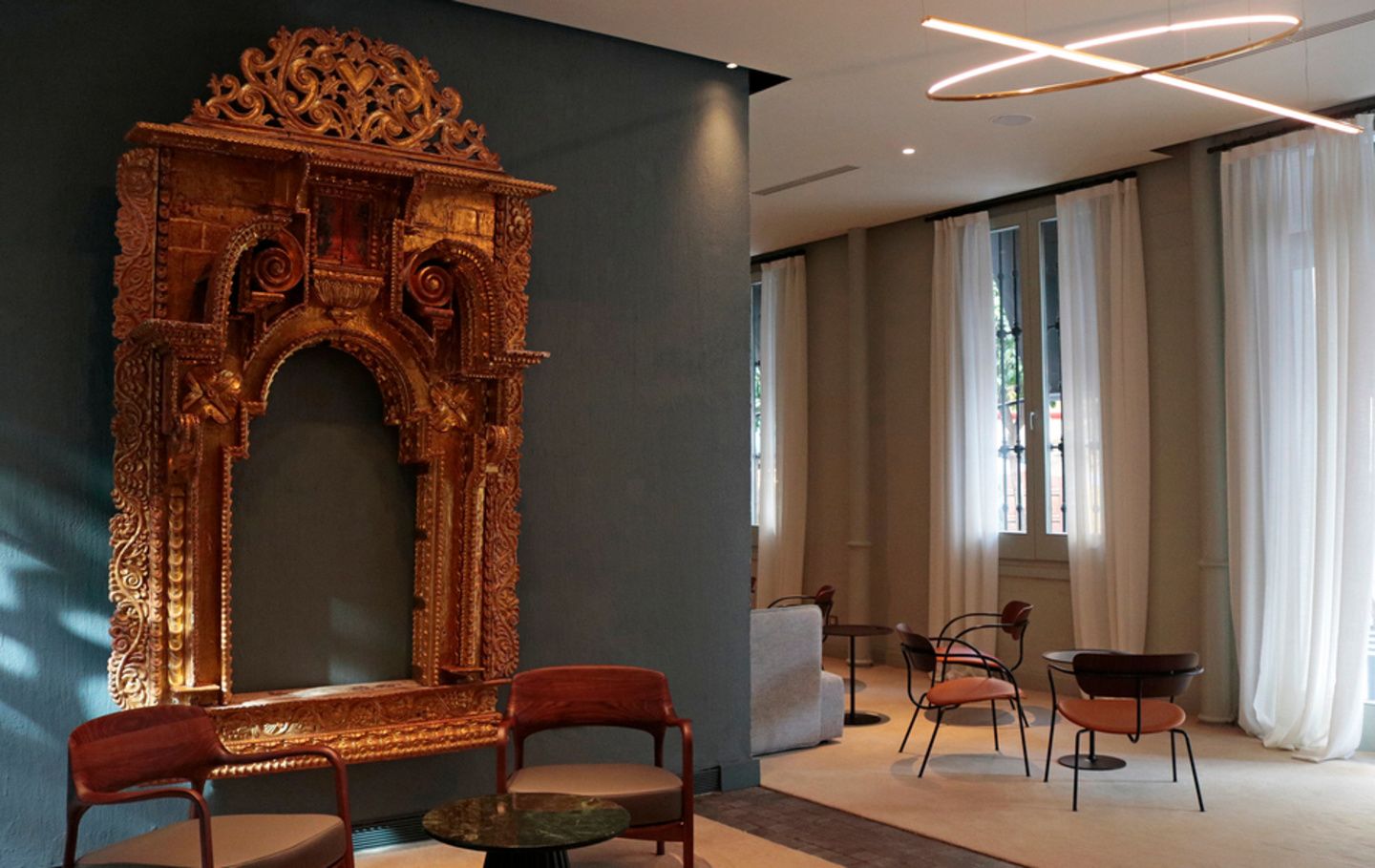 At Mercer Hotels, we believe in the conservation of the heritage and culture of the buildings of all our hotels. The integration of the old and the new is one of our hallmarks. Andalusian historical legacy converges with modernity at the EME Catedral Mercer Hotel​.

EME Catedral Mercer has an unbeatable location right in city center, by the Santa Cruz picturesque neighborhood and just in front of the majestic Cathedral north facade.

In the 15th and 16th centuries, attracted by the prosperity of trade with the New World, merchants arrived to the city and gathered around the Cathedral. In this sense, the ‘Calle Alemanes' [Germans Street] -in which the hotel is located- owes its name to German colony shops established by the street arcades (one of the few examples that are still preserved from the popular architecture of that time), in a multicultural Seville that was the commerce door with the Americas.

"History is the life of memory and the teacher of life." Cicerus

A BUILDING WITH ROOTS

The EME Catedral Mercer Hotel is housed in a historic building from the 16th century, originally composed by 14 typical Andalusian houses set on a land that was owned by Andrés Moro González –‘el Moro’–, a rich, eccentric and popular Sevillian antiques dealer.

The architectural renovation project was directed by the Spanish architect Juan Pedro Donaire, resulting in this modern hotel which combines the building’s Andalusian roots with a contemporary design.

THE FACADE AND ITS BALCONATES

The façade dates from the 16th century and preserves a structure of historic arcades with coffered ceilings and with classic columns redefined as a porch open to the public. Located in front of the hotel, the Giralda is reflected in the balconies windows. These wrought iron balconies date from the early 20th century and their artistic enhancements and cast iron drawings were restored to highlight the traditional Andalusian architecture.

As in the Santa Cruz District typical houses (Jewish Quarter of Seville in medieval times), in the heart of the EME Catedral Mercer there is an open central courtyard that vertebrates the access to the hotel rooms.

The Orange Trees Courtyard is covered by an imposing structure whose design is inspired by Islamic ornament and reminds of a modern Moorish-style lattice. Its central fountain and its orange trees honor the Islamic culture.

The Arabic-inspired ornament can be found in different hotel areas, both in the rooms, in the corridors and even in the panoramic rooftop bar.

Symbol of the deep religiosity of Seville that followed the Catholic Kings reign, a Baroque altarpiece clad in gold leaf stands out at the hotel lobby area. This altarpiece was acquired from a Madrid antiquarian who said that it was bought years before in Seville from Andrés Moro, a reputed Sevillian antiques dealer and also the former owner of the buildings where EME Catedral Mercer Hotel is located nowadays. If this story is true, the altarpiece has returned to the same place where it came from...

It is a hidden treasure: This private space has a spectacular glass floor from where guests can view the remains of Roman terms discovered during the hotel restoration work. A unique space in Seville, perfect for holding private events and celebrations for up to 15 people.

Rooms and common areas walls are plastered with lime mortar and covered with sandstone, in the manner of traditional Andalusian constructions: A material with a bioclimatic behavior highly appreciated in warm countries since it contributes to the temperature regulation.

Definitely, EME Catedral Mercer Hotel offers its guests a concept of fusion, respectful with history but fresh and vibrant at the same time, as well as a cosmopolitan atmosphere in a monumental environment.