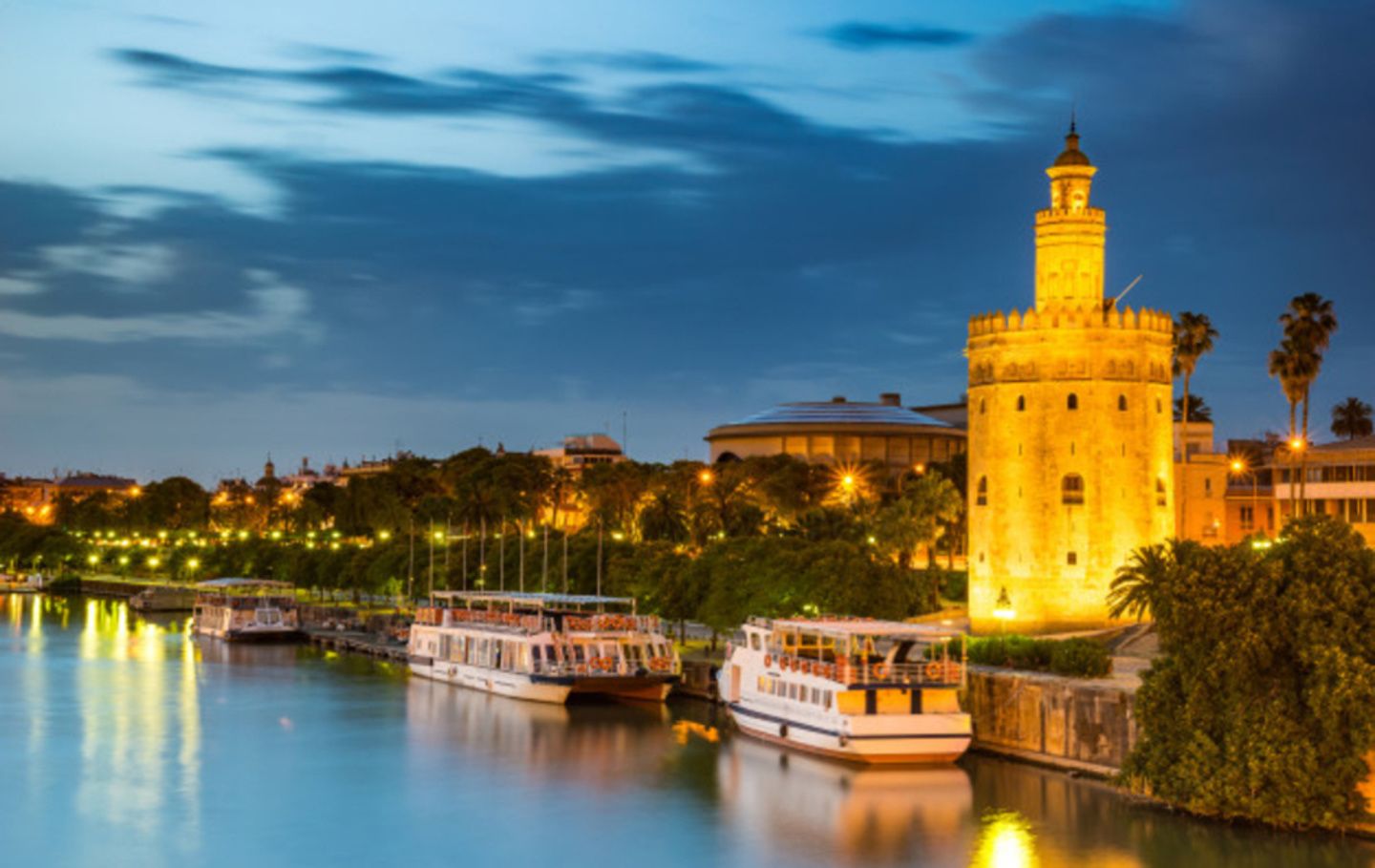 The historical and monumental Seville has different picturesque neighborhoods, each one with its own different personality.

By taking a walking tour through the different neighborhoods, the traveler will discover the city’s history and evolution, as well as local traditions and the happiness of living in Seville: The color and magic of Seville is in its neighborhoods.

Less than 10 minutes walking from the Mercer Sevilla, are the Cathedral, the Royal Palace of Alcázar and General Archives of the Indies.

St. Mary Cathedral was built above an old mosque. Its famous bell tower (“La Giralda”) and its cloister (the Orange Courtyard) stand out. A few meters from the Cathedral, there is the imposing Royal Palace of Alcázar and its beautiful gardens (known as “the monument of monuments” and chosen as the setting of Game of Thrones). And next to them, the General Archive of the Indies collects an exceptional documentation of the Spanish overseas territories administration.

Mateos Gagos Street (from where you can enjoy a great view of the Cathedral), the lively atmosphere on the terraces around Santa Maria Blanca Street, picturesque Santa Cruz, Doña Elvira or Los Venerables Squares, or the historical Callejón del Agua (“Water Alley” where the water that supplied the Royal Palace of Alcázar’s gardens circulated in the past) are only some of the beautiful sights in this neighborhood, but the best option to discover Santa Cruz is to be as they say “go on with the flow’’.

After the discovery of the Americans (1492) and for several centuries, the Arenal was the main port for commerce between Spain and the New World. Nowadays, it’s a monumental and cultural district.

Between San Telmo and Triana Bridges, it’s worth to enjoy the Guadalquivir River bank (Columbus Avenue), the Golden Tower (primitive Arab bastion and current naval museum) or the Royal Maestranza bullring and have a drink along the river bars or the centenary neighborhood taverns (Garcia Vinuesa Street). Next to the Triana Bridge, at the ‘Lonja del Barranco’ Market, gourmet tapas are served in a building designed by Eiffel.

Crossing the Triana Bridge (10 minutes walking from Mercer Sevilla) the visitor reaches the opposite river bank and the most cheerful and popular district of Sevilla, with the “Mercado de Abastos” (Supplies Market), the Ceramics Center or the Sailors Basilica. And one should defenitely have tapas in Betis, Asunción or Castilla Streets. These are just some of the recommendations in a neighborhood in which it’s better to get lost and, above all, to enjoy.

Javier García -Mercer Sevilla Guest Relations Manager- gives us some tips to enjoy "tapas" around Triana: At "Blanca Paloma", "La Primera del Puente" or "Taberna Paco España" the visitor will eat and feel like a local.

5. South, the Seville of the Ibero-American exhibition (1929)

The Maria Luisa Park is the oasis of the city with 34 hectares of green land ideal for walking in the shade. The Museum of Arts and Traditions of Seville is set in the impressive Mudéjar-Pavilion (one of the old pavilions in which the Ibero-American Exposition was housed). And in front of the Park, the monumental Plaza de España (“Spain Square”) invites you to take a charming boat ride.

6. Center, around the City Council

The shopping area is located around the Plaza Nueva (“New Square” where the city council is also located), Tetuán Street and Sierpes Street (where you will find “La Campana” confectionery, founded in 1885 and famous for its delicious ice creams and patries).

In the same area there is the Palace of the Lebrija Countess (with “the best pavement in Europe” due to its Roman mosaics collection) and the “Metropol Parasol” space (the largest wooden structure in the world, designed by Jürgen Meyer and with a beautiful city viewpoint).

7. The ‘Macarena’ and its walls

La Macarena is a traditional, genuine and devoted neighborhood. You must visit its epicenter Bécquer Street where the Macarena Basilica is located, as well as the remains of the old city wall (from 11th and 12th centuries).