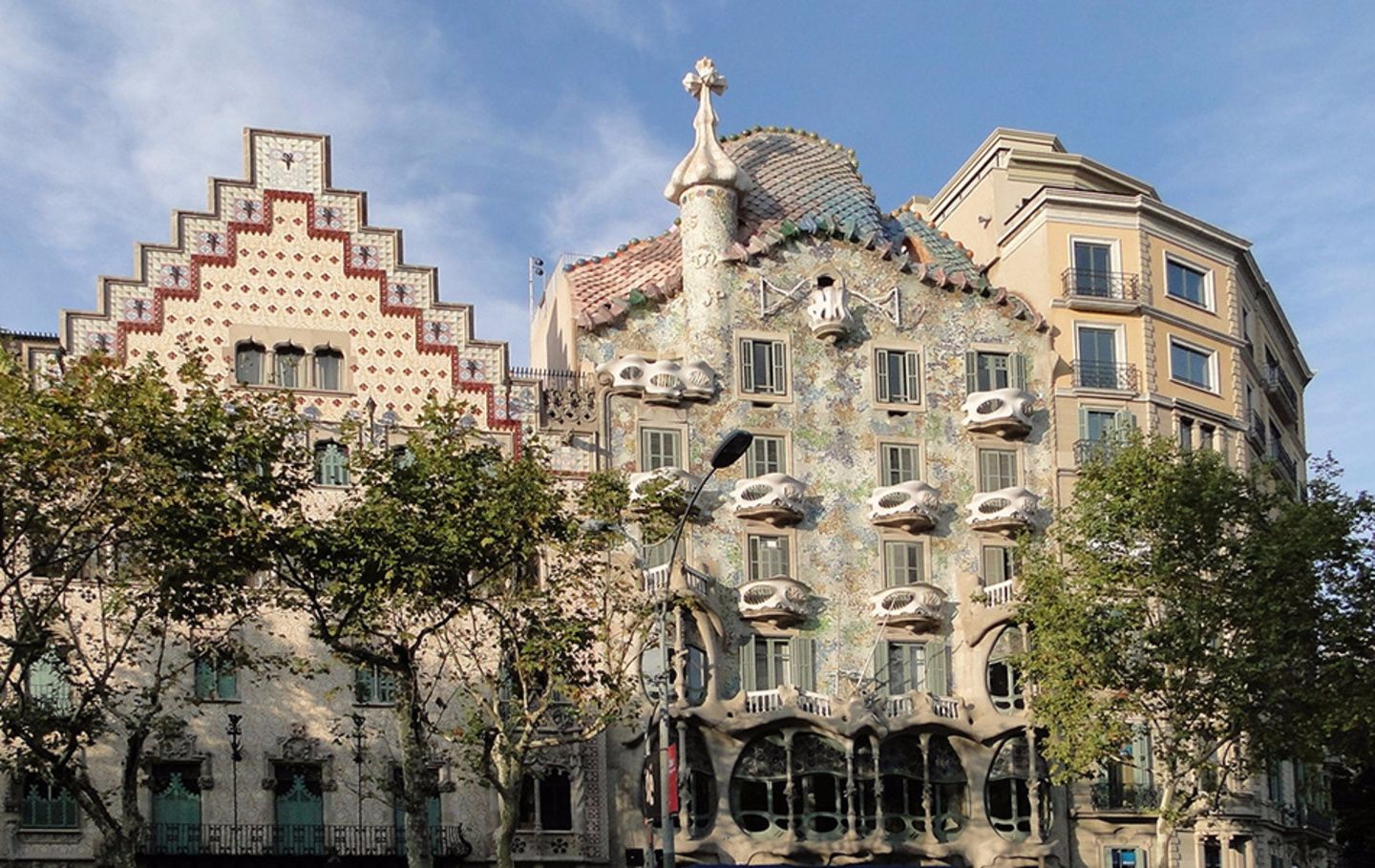 After the Second Industrial Revolution developments, a new trend emerges in several European countries (French Art Nouveau, German Jugendstil or English Modern Style, among others). In line with this European movement, Modernism appears as a cultural movement that seeks to modernize Catalan society.

In spite of developing in multiple disciplines (painting, sculpture, decorative arts, music or literature), its most outstanding application is architecture, which experiments a real transformation between 1885 and 1920, particularly in Barcelona.

Between the middle and the end of the 19th century, Barcelona witness the demolition of the walls that surrounded the city, the urbanization of extramural grounds, the creation of the Eixample district and the celebration of the Universal Exhibition in 1888. The city is in full transformation. Publishers, printers, newspapers, entities and associations proliferate. And with this economic and urban development, a new industrial well-off, enlightened and modern bourgeoisie grows.

The Eixample new district is fashionable and its main lane (the Passeig de Gràcia) is chosen by the bourgeoisie to fix their residences. Architecture becomes a sign of status: Having a modernist house allows standing out in social circles. As a result, the city becomes a hive of construction by the hand of the best Catalan architects. Some of these bourgeois end up being architect admirers, friends and patrons, as the Count Güell and the architect Gaudí, who will collaborate for decades in several projects.

Modernism is a heterogeneous movement in which each artist has his personal style, but all agree on the will to break with traditional esthetic rules, reject the poor and industrial architectural style of the first half of the 20th century, creating new forms far from the academicism and placing Barcelona at the height of new European trends.

"Originality consists of returning to the origin; be original is to returns to the simplicity of the first solutions." (Antoni Gaudí)

The artistic renewal is based on the creative freedom, the symbology and the profusion of details in the decoration. The new architectural concepts are inspired in nature (organic and colorist forms) and movement (curved and asymmetrical shapes). The use of new post-industrial building materials (such as iron structures) coexists with traditional techniques and crafts (such as blacksmith or glassmaker). New solutions of space, light and interior design are born.

In this new city, lively and wealthy, young architects find the ideal setting for developing, free, modern, personal and creative new forms of expression. The legacy of the modernist architecture includes more than 100 works of outstanding local architects such as Josep Puig i Cadafalch, Lluís Domènech i Montaner and Antoni Gaudí, main representatives of Catalan Modernism.

Some works have been listed by Unesco as Cultural Heritage of Humanity: The Palau de la Música Catalana or the Hospital de Sant Pau by Domènech i Montaner, as well as the Palau Güell, Park Güell, the Vicens, Batlló and Milà Houses or the Sagrada Familia Nativity façade and crypt by Antoni Gaudí.

Eixample district (as the bourgeois residential center of the time) concentrates most of modernist buildings. Known as the 'Golden Square', this area is included in the 'Modernism Route', a journey through the modernist architecture that runs through the central Barcelona streets. The main axes of this itinerary are indicated on the pavement by red flower-shaped tiles (called 'panots') similar to those created by the architect Puig i Cadafalch for the carriage yard at the Amatller family house and later used to pave many Barcelona streets.

THE ‘BONE OF CONTENTION’

Inside the ‘Quadrat d'Or’, on the Passeig de Gràcia section between Aragó and Consell de Cent streets, architects Puig i Cadafalch, Domènech i Montaner and Gaudí built the houses for the Amatller (1898), Lleó Morera (1902) and Batlló (1904) families, respectively. Inhabitants of Barcelona named this section as the ‘Bone of Contention’ due to the impossibility of determining which of these spectacular houses was the most beautiful, as well as the supposed rivalry between these outstanding architects.

In short, these and other sensational modernist buildings remain an essential part of the Barcelona personality. The Mercer Hotel Barcelona Guest Relations Department will be delighted to organize a private tour with official guide for you to discover the uniqueness and genius architecture of the late 19th and early 20th centuries.